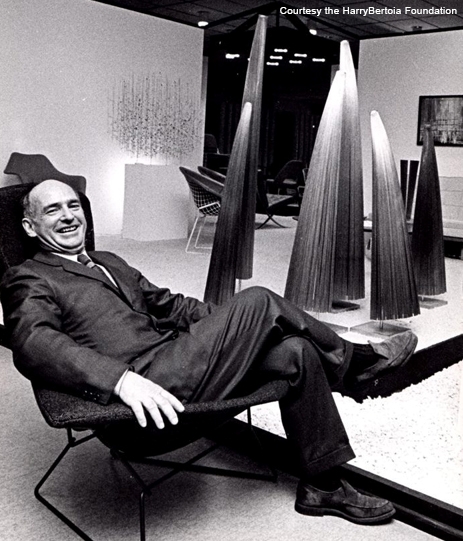 In Part I of this interview, I asked Celia mostly about her experiences growing up with her father, Harry Bertoia. In Part II, we get into her work overseeing his monotypes, writing his biography, and setting up a foundation to extend his legacy.

Did your father let you play his Sonambient pieces? What was that like?

Once the Sonambient Barn was remodeled and the sculptures in place, Harry was fine with us kids going inside whenever we wanted to. The door was never locked. Occasionally my high-school girlfriends and I would venture in there on a weekend and go wild playing the tonals. The three of us would run through the aisles of tall sculptures, brushing this one and clanging that one, and whomping on the huge gongs. I don’t think Harry intended for us to be quite so boisterous, but I think he enjoyed that we youngsters liked going in there. When Harry played a concert for us, it was much more spiritual and sacred. Harry was always disappointed when he saw a sign instructing “Do Not Touch” in front of his sounding sculptures. 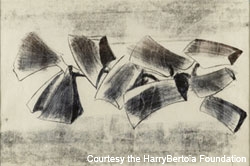 How did the monoprints relate to or inform his other work?

All of Harry’s ideas began on paper. He loved the medium of monotypes because it was quick and spontaneous and allowed his creative juices to be recorded instantly. He talked about how the monoprints gave him the room to bypass the intellect and the brain and let the divine inspiration find its home directly on the paper. He worked very quickly, often from the backside, so not really being able to see the ultimate design, and he might make 20 monoprints in a few hours. Sculpture required planning, cutting, welding, weeks or even months for a piece to find fruition, but monotypes developed instantly. You can see all of his sculptural ideas on paper. I’ve had the privilege of seeing hundreds of monotypes all together, and to do so reveals the progression of his work, the archival record of his creativity. They are really amazing artworks in their own right.


Could you describe some memories of watching him creating monoprints?
Harry did the monotypes privately, first in the basement of Cranbrook, then wherever he was working, and finally in the upper loft of the Sonambient Barn. He did not want to be disturbed during those sessions. I might envision his hands moving quickly, following the flow of ideas, perhaps with eyes closing from time to time.


How did you gravitate toward handling the monoprints? What does that require from you on a daily basis?
I had very little to do with my father’s work up until about ten years ago. At that time, I realized that Harry’s legacy needed a bit of boosting. I asked Val what role I could take on. He suggested that I take over the monotypes, which I eagerly did. We have had ten monotype exhibitions, mostly at university galleries, since that time. I work with the Carl Solway Gallery in Ohio in making them available for sale. My role has morphed recently into establishing the HarryBertoia Foundation, doing appraisals and authentications and traveling around to give lectures such as the one I gave at the recent Palm Springs Modernism Week. I am working at this full time now, and sometimes overtime. I try to make myself available for folks to tell their Bertoia stories, or to ask advice on where to buy resale items, or whatever they need. The foundation wants to provide all things Bertoia, and in as personal a way as possible.


How did your impression of your father change from writing the biography?


Oh my, it was a huge shift. He used to be “Daddy,” as seen from a youngster’s viewpoint. As I perused the old articles, interviewed those who were still alive who knew him, and reread the books on Bertoia, a whole new perspective came alive. As a child, there was a little bit of fear of his personal power or his occasional bouts of anger and, of course, the enjoyment of fun times, too. But researching for the book, I realized what a warm, generous, wise man he was, giving his sculptures away for nearly nothing or at times truly nothing, offering advice or support wherever he could. Most who met him immediately admired and loved him.

Reading through handwritten letters was such a revelation, and often I ended up in tears of joy or with other deep emotions. That’s why the tagline of the book is “the man, the artist, the visionary.” He had complete integrity, always following his heart and head; total honesty; and an astonishing ability to envision the goal or the future. I now see him in a much fuller spectrum, although my daughter view is still there.


What surprised you most in your discoveries as you put the book together?


Harry was focused on becoming an artist from early on, even in his childhood in Italy. He never strayed from that direction, despite numerous setbacks and life issues, as we all have to deal with. I have always been very goal oriented and Type A in my own life, and now I understand why. But it was the details that really moved me. In an architectural job, he did everything down to the last detail. It began with initial meetings with the architects and clients, then on to creating several maquettes, ordering the supplies, keeping his workers in line, doing the metal work, building the shipping crates for his oddly shaped pieces, and even planning how the crates would need to be puzzled together on the flatbed truck for transport. He never hired an office manager, and he paid all his own bills. He preferred to install his own sculptures. All this while managing numerous exhibitions, often several major jobs, plus creating his tabletop sculptures at night. When he was diagnosed with terminal cancer, instead of slowing down, he became even more obsessed with accomplishing his vision. Shocking, really. 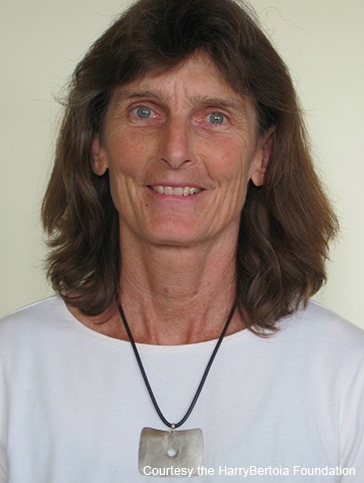 Can you talk about your own work—as an author, art appraiser, and art educator?


I began this journey full time around 2010, so it has been a steep learning curve. I had a background in real estate and small businesses, so many skills were transferable. Plus I had always been a writer, keeping a steady journal since age 16 and getting articles published in local magazines, so the leap to writing a book was not as monumental as it could have been. The book was a labor of love, with many magical episodes in the writing (you’ll have to read it to find out about those!), and I was very lucky to find a publisher easily.

Having a BA in sociology and a résumé of long-distance running wasn’t exactly what the art world movers and shakers wanted to see, so I decided to become an appraiser. The “appraisal camp” at SUNY Purchase was a three-week intensive that almost did me in, but I learned a tremendous amount. Then there were further classes and courses and a requisite of several years’ worth of experience. I did appraisals for many of my friends and relatives. I just took the Fine Art specialty exam through the Appraisal Society of America and pray that I passed! Soon I will have some initials behind my name that indicate a certain level of expertise. I’ve been casually appraising my father’s works for many years, but it will be official in short order.

The role of lecturer came quite naturally and surprisingly easily. An old skiing buddy who I knew as Johnny Colorado called me, inviting me to a “Daughters of Design” event in Boulder, my old stomping ground. I had never given a public speech in my life, but had a great time doing it. I’d like to hear a recording of that first talk, as I’m sure it was rather amusing and not extremely educational. I received a bottle of wine, for which I was very grateful! After writing the book, I certainly now know more than enough facts and figures on my dad’s works, and the stories about living with him are still right there on the tip on my tongue. At this point, giving lectures, teaching classes of all ages, and mingling with the public are my favorite parts of the job.


What is the mission of the HarryBertoia Foundation?


Before I die, perhaps 20 or 25 years from now, I hope to see more Bertoia sculptures in more substantial museums. I want everyone to not only recognize the Bertoia Diamond Chair, but also know Sonambient, his “bush” and “dandelion” sculptures, and all of his biomorphic work—and to know it was done by Harry Bertoia. There is a Bertoia jewelry show coming to the Museum of Art and Design in New York, for which we are very pleased. We hope to relocate the handful of monumental sculptures that are hidden away in warehouses (one is being reborn soon at Woodmere Art Museum near Philadelphia). We are working on a catalogue raisonné, a complete record of all of his works. Considering he probably made 20,000 or 30,000 individual pieces, it is a daunting task.

We would like to invite current musicians to incorporate Sonambient into their concerts, to keep his “music” relevant to this generation. We also want to find a museum home for part of the Sonambient Barn collection so that more people can have the special experience of a Sonambient concert. Once people are introduced to his sculpture, there are few who do not respond positively to it, so I think our tasks will all come to fruition in good time. I’ve got my life’s work cut out for me.


Below are photos of Stanley Anderson's Bertoia collection at his Palm Springs residence. 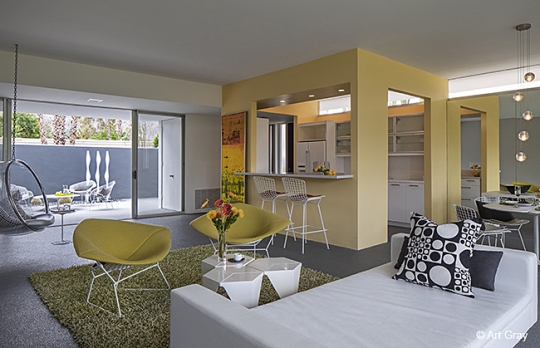 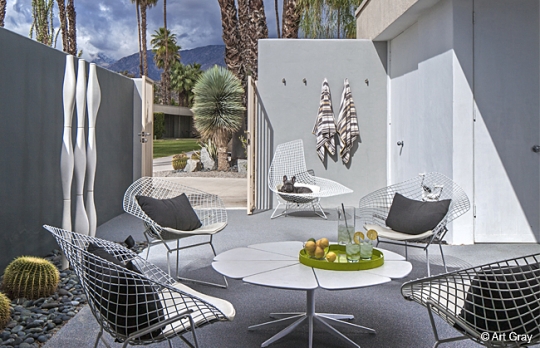